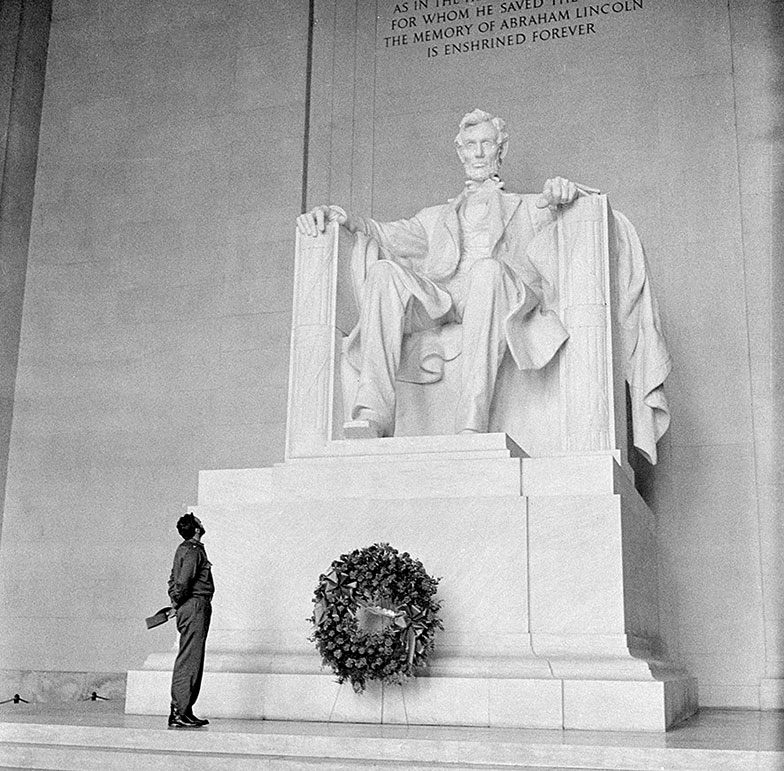 Fidel had traveled to the United States from April 16 to 26, 1959, invited by the North American Society of Press Directors.

This photo of Dr. Fidel Castro was taken on the morning of Sunday, April 19, 1959, at the Lincoln Memorial after depositing a wreath at the monument erected in honor of Abraham Lincoln, this act became the first manifestation of respect of the Cuban people and government for the North American people and government after the triumph of the Revolution.

The title of the photo (named by the photographer years later) taken from the biblical passage, represents the resistance of the small country against the giant neighbor.