QUIXOTE OF THE LAMPOST 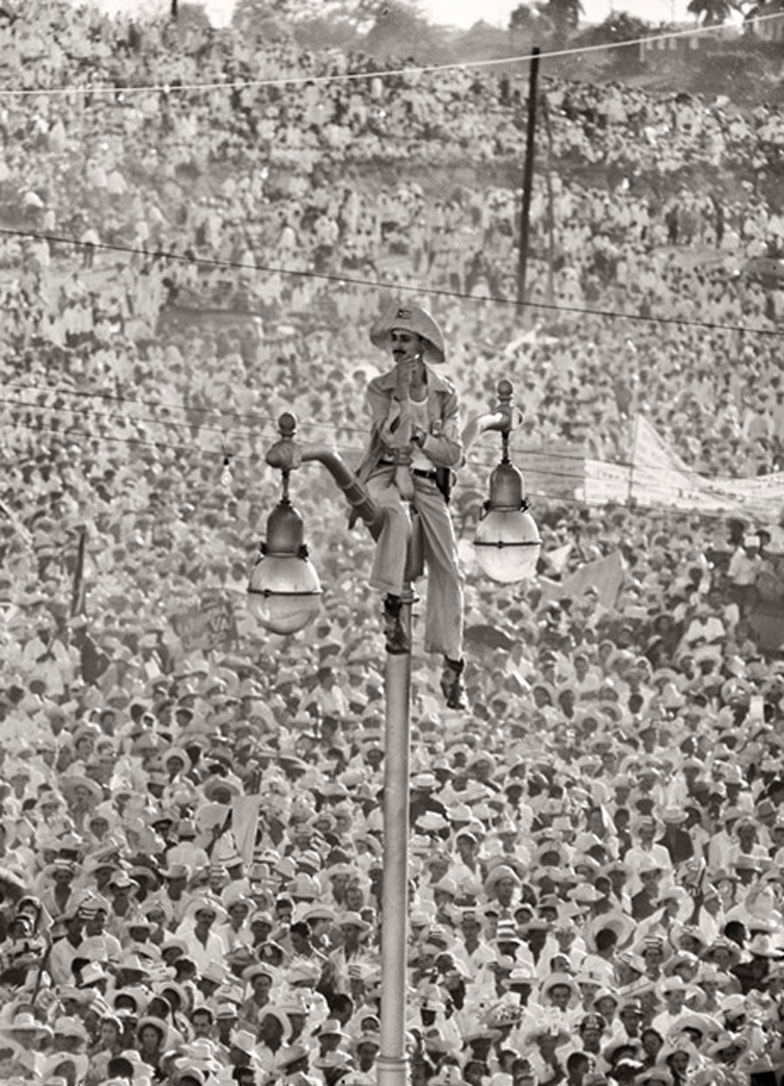 Photo taken in the afternoon of July 26, 1959 in a concentration carried out in front of the National Library to commemorate the 6th anniversary of the assault on the Moncada Garrison; that year 500,000 peasants from all over the country were invited, many of whom had received their landowners titles through the Agrarian Reform Law signed on May 17 of the same year, and for most of them it was the first time they visited a city.

The peasant in question, named Eleuterio Tirado Jiménez, a “palmichero” or “desmochador de palmiche” *, who came from the Santa Clara area, climbed to the top of a public lighting fixture over 35 meters high to witness and listen to the speech; years later he sued the photographer for image rights, but finally everything was clarified and they ended up being friends.

* Fruit of the royal palm, which farmers use to feed pigs.