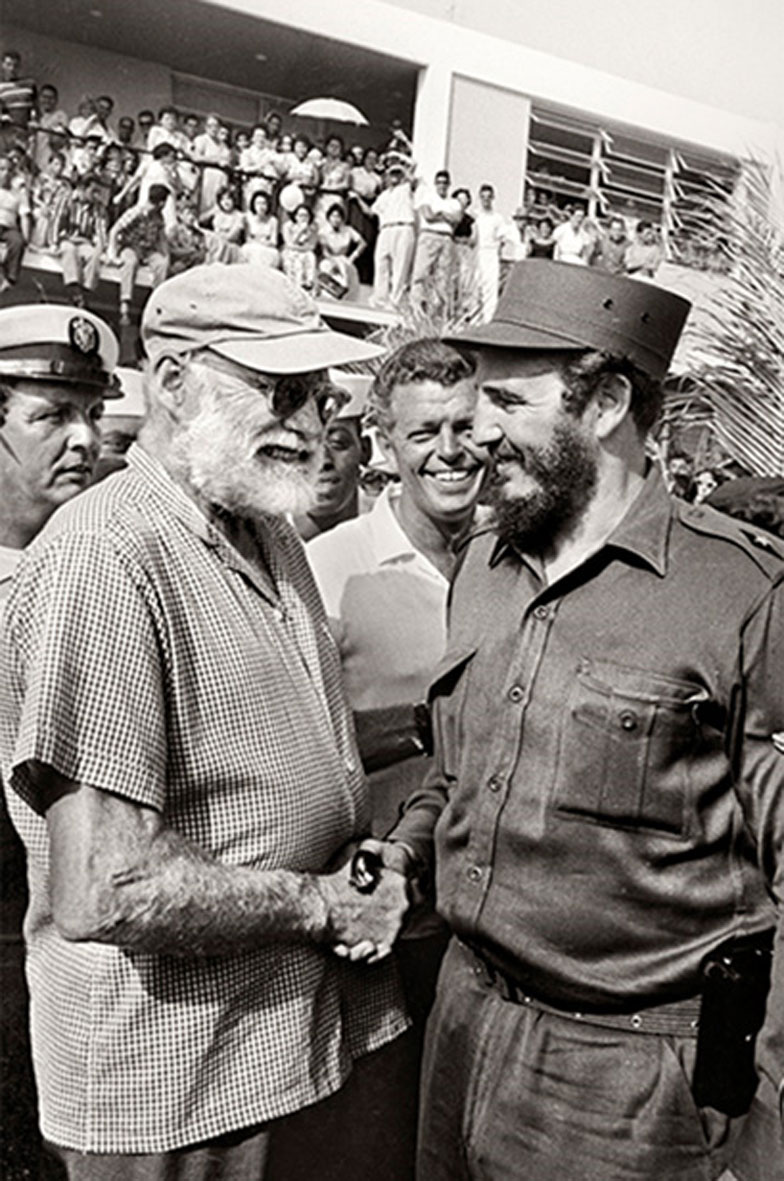 Taken on Sunday, May 15, 1960 at the Barlovento Tourist Center, within the Ernest Hemingway Contest organized by the National Institute for Tourism Industry and in which 150 fishermen took part.

Fidel Castro who competed for the “Amigos del Mar” team aboard the El Cristal yacht won the competition by hooking 286.58 lb.

The American writer, who only attended the awards ceremony for the event, promised to return and compete next year, a promise that was truncated by his suicide on July 2, 1961.

This was the only personal encounter between these two characters, and this photo is the only one that includes the greeting between them.