THE GIRL WITH THE WOODEN DOLL 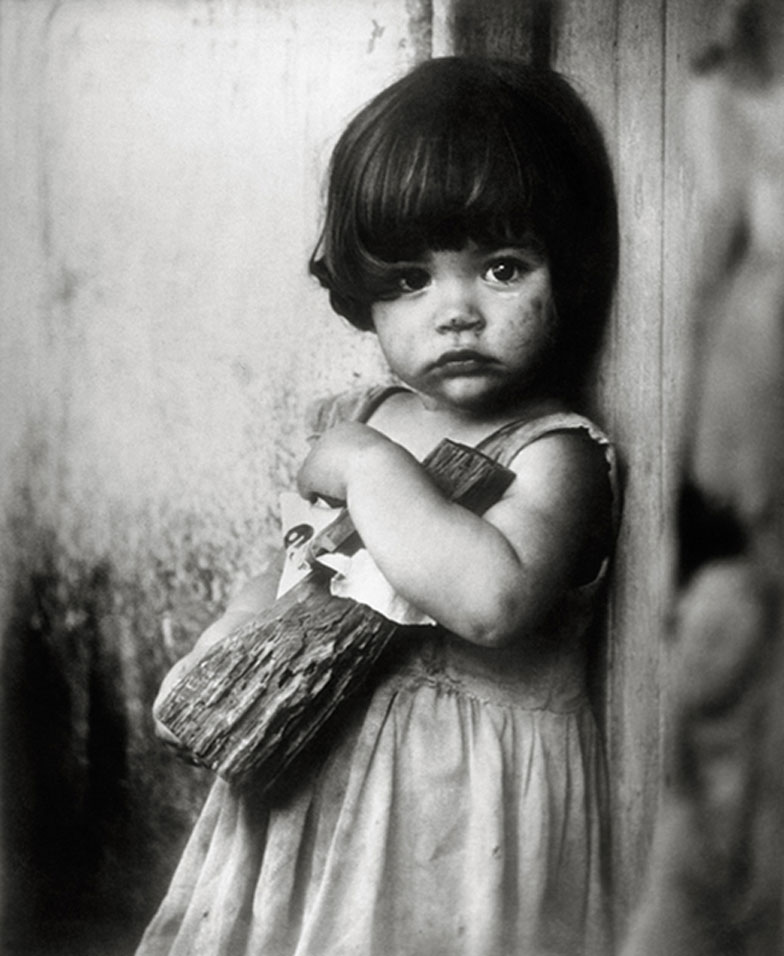 Photo taken in mid-February 1959 in Sumidero, Pinar del Río Province, and turned into a denunciation of the helplessness in which capitalist greed had plunged many Cuban children.

Korda, who was taking photos for an advertising job, entered the patio of a tall, white and blue large house, and found this girl who pressed against her chest the only doll that her two years had been able to caress, a piece of wood rescued between the garbage from the patio covered with her only doll dress, a piece of paper.

Some time later the author would declare “This girl who was hugging a log that she called my baby, convinced me that I should dedicate my work to a revolution that would transform those inequalities.” 22 years later, the still young Paula María Seijo Beade, a nurse by profession, would die of leukemia.

* The photo was published for the first time on Wednesday, September 2, 1959 in the “Revolución” newspaper under the title “We cannot forget this girl“. In addition, she became the image of a campaign entitled “NO GIRL WITHOUT A DOLL IN THE CHRISTMAS OF FREEDOM“, that sought to deliver toys to all poor children in Cuba.